So in our house we collect our cans, plastic and glass bottles and take them to a local CRV recycling center for cash. I picked up this habit from my husband who did this for years before I met him. He would collect cans and bottles in kitchen trash bags, then pile them up on the side of his apartment building. When the mound got too big and unsightly he woud take them to a local recycling center.

Now, at our house the unsightly collection mound site was relocated to our garage. Me being the professional organizer I am, I decided we needed a more organized and aesthetically pleasing way of collecting and storing the cans an bottles until we turned them in.

I really wanted 4 large blue recycling bins to match our city issued garbage bins, with the pretty recycling symbol on them. One for glass, one for aluminum cans and 2 for plastic bottles.

I jumped on amazon and to my frugal horror, these bins (39 gallon size) were going to run me $60.00 each and that was on sale. That was the cheapest I could find for the size I wanted.

So after some scrounging around for a better deal, I let go of the need for them to be pretty and blue and have the recycling symbol. I thought what kind of other containers could give me the same large capacity, be somewhat waterproof and sturdy enough to sit in a garage and hold cans. I Googled "39 Gallon Container" and went straight to images.

Low and behold, I came across some pop up storage bags. Most were cloth and for laundry, but then I cam across this one from Ace Hardware. 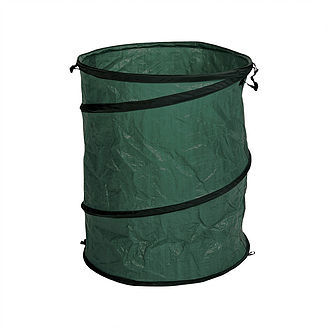 Its a yard waste bag for when your cleaning and bagging leaves in your yard. I called my local Ace Hardware and they had three in stock, so I asked them to hold them for me and I picked them up later that day. I happened to be out running errands the next day and passed by another Ace hardware. Stopped in and they had one in stock and I was done. 4, 39 gallon containers.  ​​

Now the 4 popup yard bags are in our garage collecting plastic bottles mostly; we don’t drink much soda or things that come in aluminum cans. It takes about 3-4 months to fill them and make it worth the while to take them in for cash. 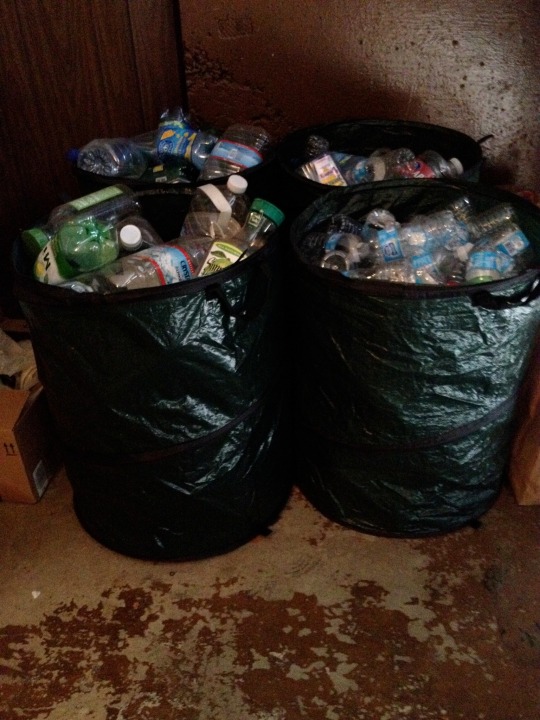 One other added benefit to these containers is that they are flexible and not bulky at at all. On our last turn in day I was able to slide 3 of them into the back seat of my car.

CRV Recycling Tip: Avoid small recycling sites like local grocery stores. They take a lot of time, especially if you have a lot to recycle, because they like to count each piece. These sites also generally don’t pay the best rate. Find local large recycling center, they have bins you fill then they weigh them and pay better rate based on weight, and its much much faster.

©2016Nicole Wells - Reprint only with the permission of author  nicole@wellputtogether.net

"Nicole helped me for 3 months organize and consolidate three offices, from separate locations into one functioning home office. She is truly and professional organizing goddess; and I throw rose peta